The West entrance to the Cell Phone Lot at International Square is now closed to accommodate construction of the new terminal and garage. In addition to this closure, the Cell Phone Lot will also be reduced in size to provide ample space for employee parking, shuttles, and limos. Drivers should follow signs and use the East entrance on the far left lane of International Circle as they exit the terminal complex.

Located in the center of the terminal complex near the Air Traffic Control Tower, the Cell Phone Lot gives meeters, greeters and well-wishers a free on-airport place to await travelers’ flights to arrive. Open 24/7, the maximum wait time is 45 minutes, but there are two free hours in Economy Parking. 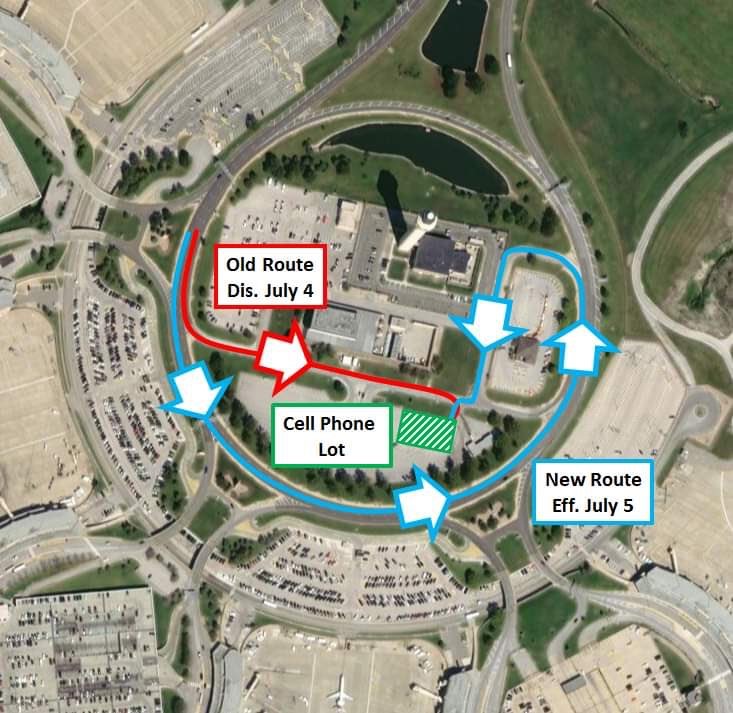 At just over one million square feet, the Kansas City International Airport New Terminal, Build KCI, is the largest single infrastructure project in the City’s history. It will have a lasting economic impact on the region in the form of new jobs, opportunities for local and small businesses, and a first-class traveler experience for airport users. The facility will open with 39 gates and the ability to expand up to 50 gates in the future. The New Terminal will also include a 6,300 space parking structure, which will be constructed adjacent to the terminal building, a central utility plant, and landside and airside improvements.

The Build KCI project is expected to generate up to 5,000 construction-related jobs. Sixty local partners are already at work on the project, including 41 minority- and women-owned businesses. The project will be funded using 100 percent tax-exempt debt – the most cost efficient approach for the project.